Olatunde Johnson is a Faculty Director for the Center for Constitutional Governance and the Jerome B. Sherman Professor of Law at Columbia Law School.  Professor Johnson writes and teaches in the area of legislation, civil procedure and constitutional law, specializing in statutory antidiscrimination law, equality law, and congressional power.  Johnson clerked for David Tatel on the U.S. Circuit Court of Appeals for the District of Columbia and for Justice John Paul Stevens on the Supreme Court.  She also previously served as constitutional and civil rights counsel to Sen. Edward M. Kennedy on the Senate Judiciary Committee, and as an attorney at the NAACP Legal Defense Fund (LDF).  B.A., Yale; J.D., Stanford. 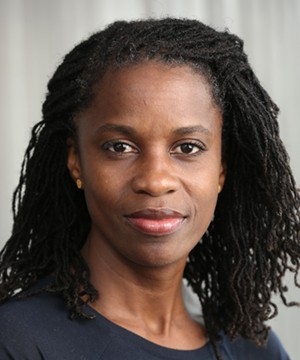 Jerome B. Sherman Professor of Law